Only in the eyes of love you can find infinity.
Sorin Cerin

The sky is everything that lies above the surface of the Earth (also known as the world, Terra, or Gaia, is the third planet from the Sun, the densest planet in the Solar System, the largest of the Solar System's four terrestrial planets, and the only celestial body known to accommodate life), including the atmosphere and outer space.

The Universe is all of spacetime and everything that exists therein, including all planets, stars, galaxies, the contents of intergalactic space, the smallest subatomic particles, and all matter and energy.

The Universe is defined as everything that exists, (has existed, and will exist). According to our current understanding, the Universe consists of three principles: spacetime, forms of energy, including momentum and matter, and the physical laws that relate them.

Outer space, or simply just space, is the void that exists between celestial bodies, including the Earth. It is not completely empty, but consists of a hard vacuum containing a low density of particles.

According to the Big Bang theory, the Universe originated in an extremely hot and dense state about 13.8 billion years ago and began expanding rapidly. About 380,000 years later the Universe had cooled sufficiently to allow protons and electrons to combine and form hydrogen—the so-called recombination epoch. When this happened, matter and energy became decoupled, allowing photons to travel freely through space. The matter that remained following the initial expansion has since undergone gravitational collapse to create stars (A star is a massive, luminous sphere of plasma held together by its own gravity), galaxies and other astronomical objects, leaving behind a deep vacuum that forms what is now called outer space. As light has a finite velocity, this theory also constrains the size of the directly observable Universe. This leaves open the question as to whether the Universe is finite or infinite.

Two things are infinite: the universe and human stupidity; and I'm not sure about the universe.
Albert Einstein 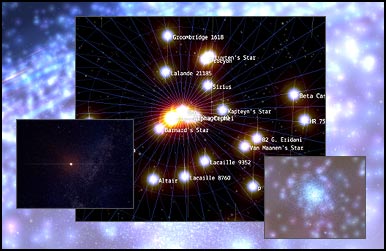 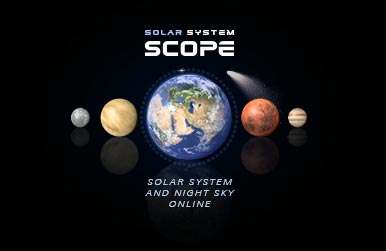 The main purpose of WIKISKY is to consolidate astronomical, astrophysical and other information about different space objects and astrophysical facts