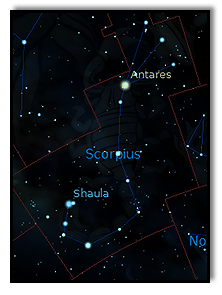 Scorpius (Sco, scorpion), sometimes known as Scorpio, is one of the constellations of the zodiac. It lies between Libra to the west and Sagittarius to the east. It is a large constellation located in the southern hemisphere near the center of the Milky Way.

In Greek Mythology the myths associated with Scorpio almost invariably also contain a reference to Orion. According to one of these myths it is written that Orion boasted to goddess Artemis and her mother, Leto, that he would kill every animal on the earth. Although Artemis was known to be a hunter herself she offered protection to all creatures. Artemis and her mother Leto sent a scorpion to deal with Orion. The pair battled and the scorpion killed Orion. However, the contest was apparently a lively one that caught the attention of the king of the gods Zeus, who later raised the scorpion to heaven and afterwards, at the request of Artemis, did the same for Orion to serve as a reminder for mortals to curb their excessive pride. There is also a version that Orion was better than the goddess Artemis but said that Artemis was better than he and so Artemis took a liking to Orion. The god Apollo, Artemis's twin brother, grew angry and sent a scorpion to attack Orion. After Orion was killed, Artemis asked Zeus to put Orion up in the sky. So every winter Orion hunts in the sky, but every summer he flees as the constellation of the scorpion comes. 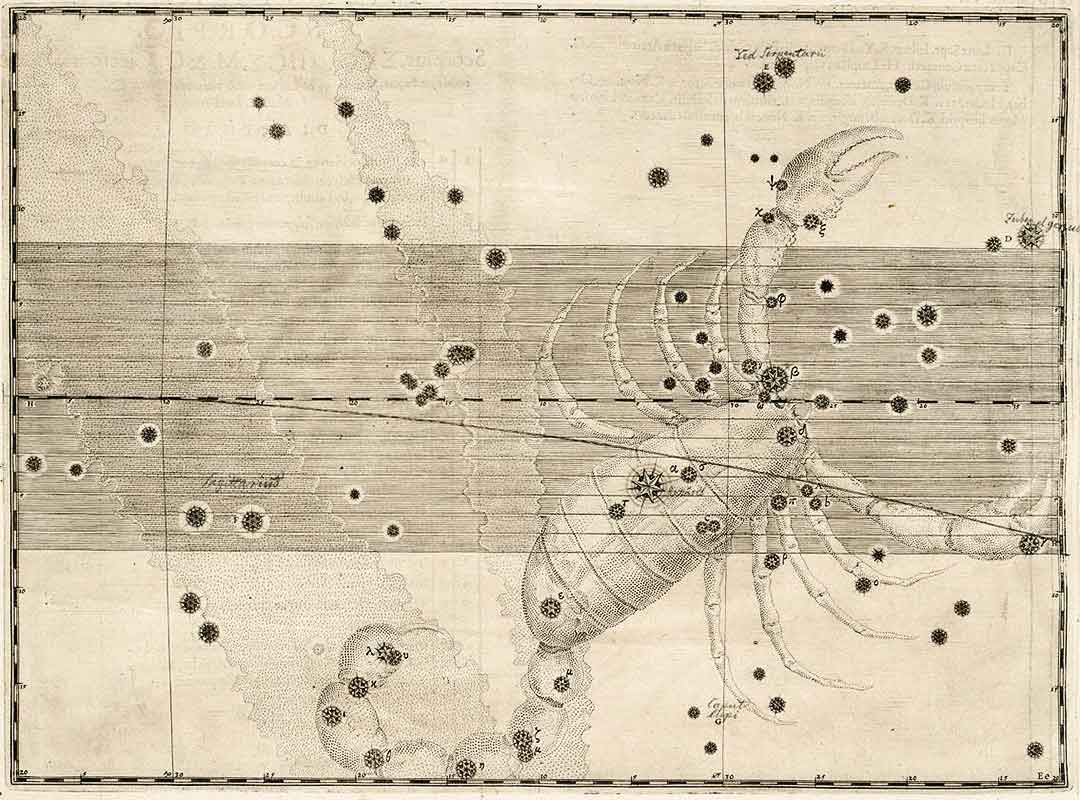 In another Greek story involving Scorpio without Orion, Phaeton (the mortal male offspring of Helios) went to his father, who had earlier sworn by the River Styx ("Hate, Detest") to give Phaeton anything he should ask for. Phaeton wanted to drive his father's Sun Chariot for a day. Although Helios tried to dissuade his son, Phaeton was adamant. However, when the day arrived, Phaeton panicked and lost control of the white horses that drew the chariot. First, the Earth grew chill as Phaeton flew too high and encountered the celestial scorpion, its deadly sting raised to strike. Alarmed, he dipped the chariot too close, causing the vegetation to burn. By accident, Phaeton turned most of Africa into desert and darkened the skin of the Ethiopian nation until it was black. Eventually, Zeus was forced to intervene by striking the runaway chariot and Phaeton with a lightning bolt to put an end to its rampage and Phaeton plunged into the River Eridanos.