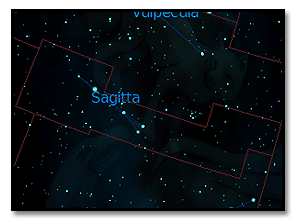 Sagitta (Sge, arrow) is a constellation. Its name is Latin for "arrow", and it should not be confused with the larger constellation Sagittarius, the archer. Although Sagitta is an ancient constellation, it has no star brighter than 3rd magnitude and has the third-smallest area of all constellations (only Equuleus and Crux are smaller).

It was included among the 48 constellations listed by the 2nd century astronomer Ptolemy, and it remains one of the 88 modern constellations defined by the International Astronomical Union. Located to the north of the equator, Sagitta can be seen from every location on Earth except within the Antarctic circle.

Sagitta lies within the Milky Way and is bordered by the following constellations (beginning at the north and then continuing clockwise): the little fox Vulpecula, the mythological hero Hercules, the eagle Aquila and the dolphin Delphinus.

Johann Bayer chose to name the stars in Sagitta in a non-brightness order, in this case giving the brightest star a designation of γ. Another example of such a deviation from the usual brightness order is the constellation Sagittarius. 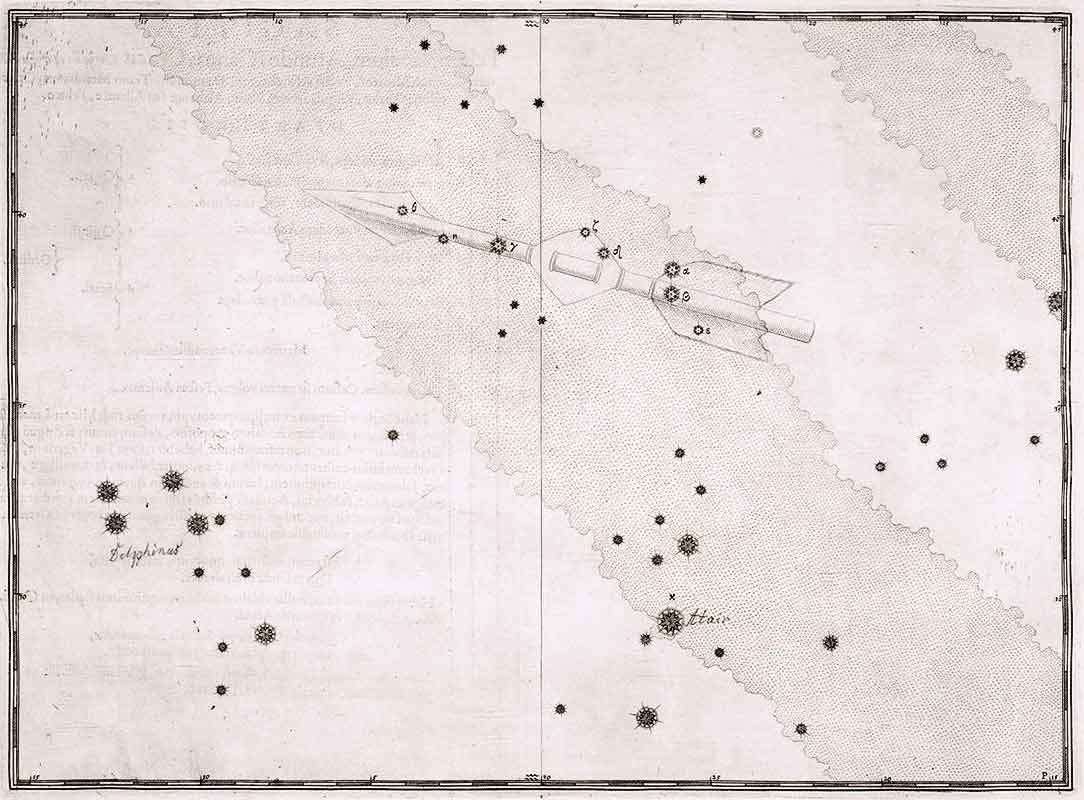 In ancient Greece, Sagitta was regarded as the weapon that Hercules used to kill the eagle (Aquila) of Jove that perpetually gnawed Prometheus' liver. The Arrow is located beyond the north border of Aquila, the Eagle. Eratosthenes claimed it as the arrow with which Apollo exterminated the Cyclopes.