Argo Navis is the only one of the 48 constellations listed by the 2nd century astronomer Ptolemy that is no longer officially recognized as a constellation. It was unwieldy due to its enormous size: were it still considered a single constellation, it would be the largest of all. In 1752, the French astronomer Nicolas Louis de Lacaille subdivided it into Carina (the keel, or the hull, of the ship), Puppis (the poop deck, or stern), Vela (the sails), and, according to some, Pyxis (the compass, formerly the mast). 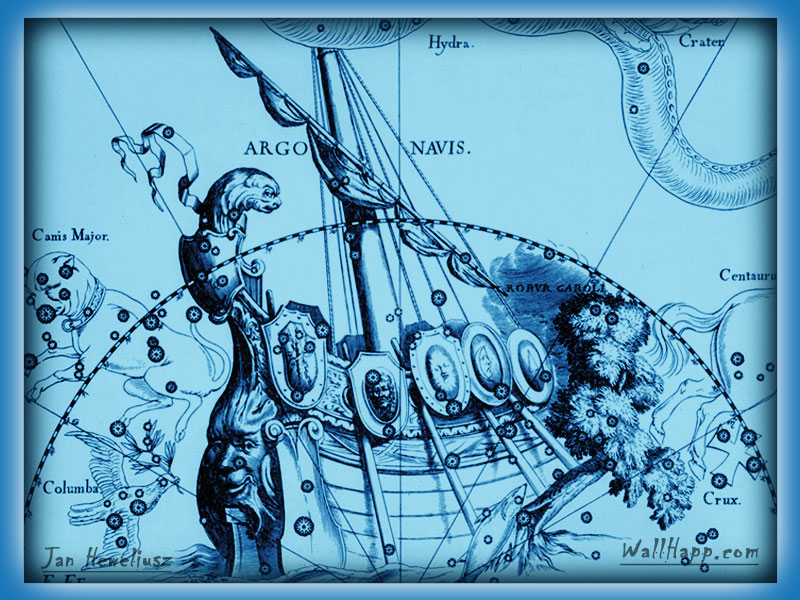 The constellation Pyxis (the mariner's compass) occupies an area which in antiquity was considered part of Argo's mast (called Malus). Some authorities hold that Pyxis was part of the Greek conception of Argo Navis. Lacaille, however, considered it a separate constellation, representing one of the scientific instruments he placed among the constellations (like Microscopium and Telescopium); he assigned it Bayer designations separate from those of Carina, Puppis and Vela, and his illustration shows an isolated instrument not related to the figure of Argo. (Wikipedia)