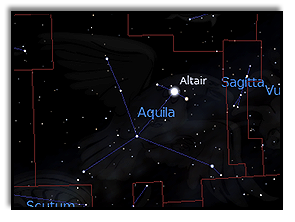 Aquila (Aql) is a constellation in the northern sky. Its name is Latin for 'eagle' and it represents the bird who carried Zeus/Jupiter's thunderbolts in Greco-Roman mythology. 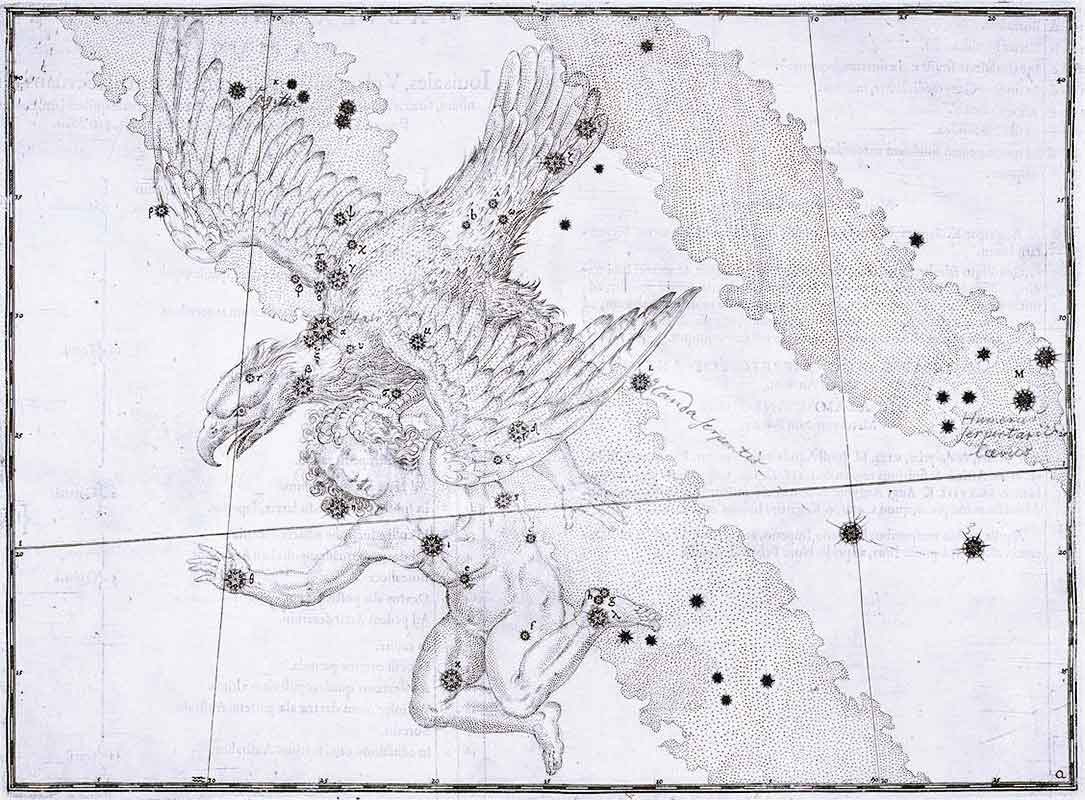 Aquila lies just a few degrees North of the celestial equator. The alpha star, Altair (Alpha Aquilae, Alpha Aql, α Aquilae, α Aql, Atair), is a vertex of the Summer Triangle asterism. The constellation is best seen in the summer as it is located along the Milky Way. Because of this location along the line of our galaxy, many clusters and nebulae are found within its borders, but they are dim and there are few galaxies.

Aquila was one of the 48 constellations described by the 2nd century astronomer Ptolemy. It had been earlier mentioned by Eudoxus in the 4th century BC and Aratus in the 3rd century BC. It is now one of the 88 constellations defined by the International Astronomical Union. The constellation was also known as Vultur volans (the flying vulture) to the Romans, not to be confused with Vultur cadens which was their name for Lyra. It is often held to represent the eagle who held Zeus's/Jupiter's thunderbolts in Greco-Roman mythology. Aquila is also associated with the eagle who kidnapped Ganymede, a son of one of the kings of Troy (associated with Aquarius), to Mount Olympus to serve as cup-bearer to the gods. 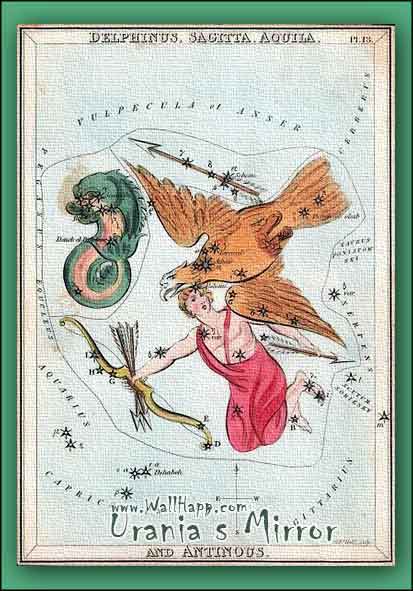 Ptolemy catalogued nineteen stars jointly in this constellation and in the now obsolete constellation of Antinous, which was named in the reign of the emperor Hadrian (AD 117–138), but sometimes erroneously attributed to Tycho Brahe, who catalogued twelve stars in Aquila and seven in Antinous. Hevelius determined twenty-three stars in the first and nineteen in the second.

In classical Greek mythology, Aquila was identified as Αετός Δίας ("Aetos Dios"), the eagle that carried the thunderbolts of Zeus and was sent by him to carry the shepherd boy Ganymede, whom he desired, to Mount Olympus; the constellation of Aquarius is sometimes identified with Ganymede.

In Hinduism, the constellation Aquila is identified with the half-eagle half-human deity Garuda (The Garuda is a large mythical bird, bird-like creature, or humanoid bird that appears in both Hindu and Buddhist mythology).